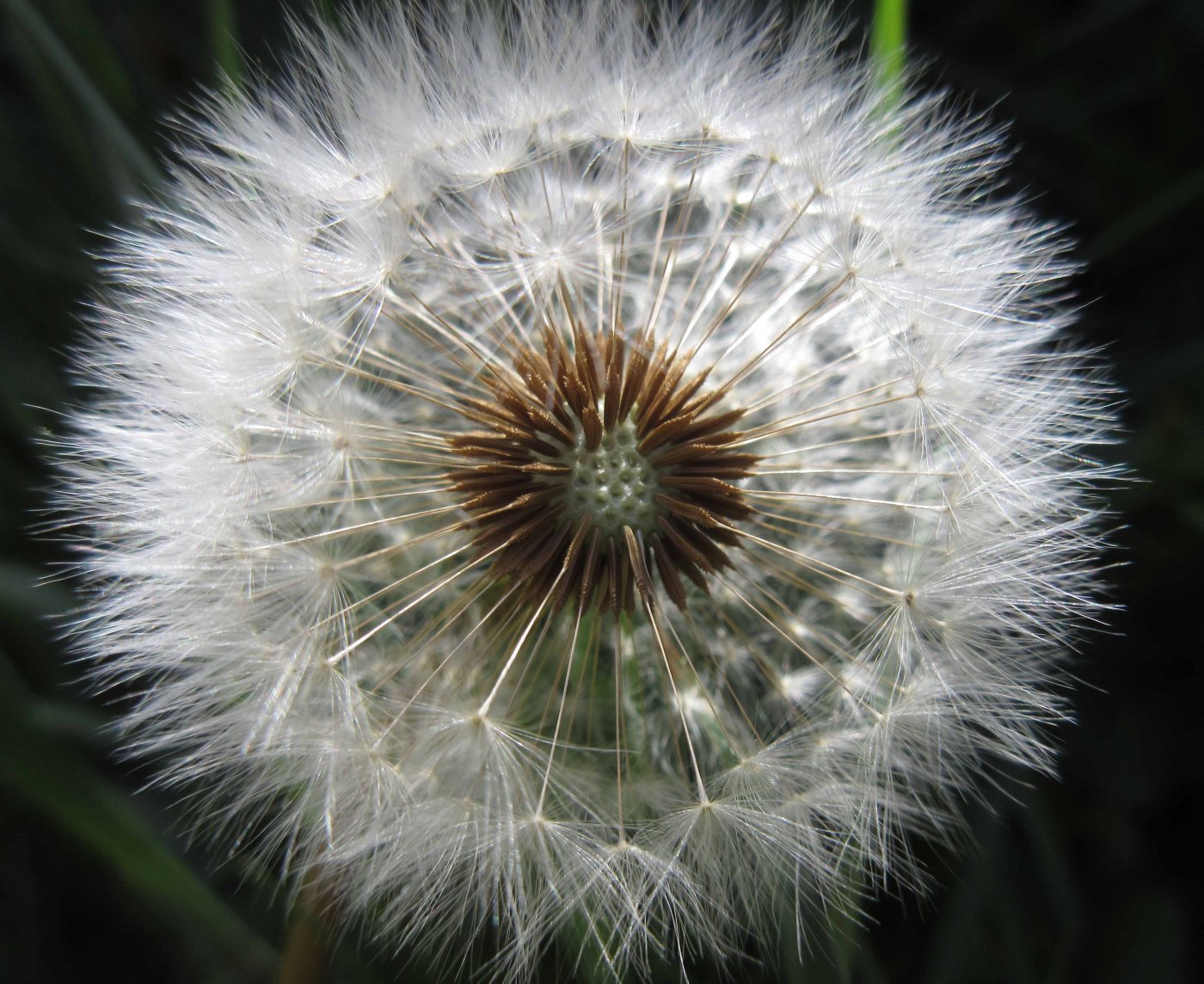 I sit down to try and get back to my writing, so much waiting to be finished, waiting to be released and realized, but the workmen at the bottom of the street fill the air with their perpetual racket as they rape some other piece of wild land, pile-driving their way through the ground, disturbing and disrupting not only me, but all life around, as they shatter and shock their way through the earth. I don’t know what they’re doing but it’s endless and I don’t want to know, to see the damage they’ve done, it’s too sad, what they have taken away, as companies just usurp and commandeer whatever the hell they like without question or qualm, seeing everything as something they can exploit, profit from, commodify, monetize. Another piece of beautiful sprawling wildness has a huge board stuck in it, ‘Land for sale’; you know a world has gone wrong, so wrong when the natural world is seen only as something to be broken up and exploited; a resource just waiting to be ‘bought up’….who ‘owns’ the natural world? It just IS, it belongs to all living beings, but they have stolen it and laid claim and it’s all assigned a ‘value’ in monetary terms, to be done with as they like; when did we permission this??? It enrages me and it crushes me inside; this beautiful,  precious stretch of trees, fields, wild flowers, all the creatures that will live there and have done so for years, their home, up for grabs, to the highest bidder, who sees not the beauty, the wonderful, magical life force and spiritual connection to all beings, but only what they can crush out of it to line their own pockets, see numbers, that’s all, not an iota of thought or connection to what this place really is and means, the fact that is a living presence, a spirit that is part of us, because they’re dead inside; they’ll ruin and kill anything if it means their own gain and power. Nothing is sacred anymore, there is no humility, no respect, no empathy, no connection, not in this mirror world of reversal, everything being the opposite of what it should be and the spiritual connections withering in so many.

Something is happening, not everyone can feel it but it’s everywhere; it’s in the atmosphere, a shift, a changing, a falling away; the falling away of the veil as so much changes around us in these strange dark times and the reality behind the mask begins to show itself to those with eyes to see. This world is not as we believe it to be, far from it; we have been lied to, we have been duped, about everything; we have been trapped in a spell, a perceptual spell and now something is moving and the hooks that held us one by one being released; or not; some are gripped so tightly, entangled and identified so much they can’t reach beyond but so many others are awakening, to the truth behind the show. It makes for very strange times, there’s been nothing like this for thousands of years and we are living it; living the dystopic film unfolding before us. There are signs everywhere but it takes awareness to notice them.

It’s a cold, breezy day, the blossom trees glow in their explosion of life, all around, every shade, from the brightest pure white, through tinged yellows, to deep rich creamy yellows; from the merest tinge of pink to the full throbbing magenta, dancing in the dull light, their life force pulsing. The other trees glow over near the horizon, their array of greens, yellows and browns spreading across the space, bathed in a ray of sunlight and calming by their presence. Who knows how long they will last? They have been there longer than me, but now the world is changing. Something is shifting; it remains to be seen which way it will go. We are on the very cusp of change, we are teetering on the knife edge of possibility, with two roads waiting and open before us; one of a new, better, kinder, creative, compassionate, more authentic world for everyone, but the other, a nightmare of artificiality and control, automaton living and artificial everything. More human, fully realizing and becoming who and what we truly are or less human, giving ourselves to an illusory, artificial reality that will absorb us, assimilate us and destroy all it means to be human.

The cats distract me; they’re restless, in and out, they have always been so, such is the nature of these animals, but now there is something more, they have been different; they can sense the something strange going on, animals are more sensitive, more in tune with the energetic, vibrational world around us and they are far more astute than many of us. Cats I’ve always felt had a foot in both worlds; they see things we do not, they sense so much more than we do. I watch them, notice what they notice, how they are behaving, feel the change in them; they are my friends, my guardians and my guides and in this time we keep each other company on this weird journey.

It’s 12.30 and the sky began to turn very dark, it closed in and now it’s suddenly pouring down, big flecks on the pane, that in a moment turn to hail stones, big white ice balls tumbling through the air, rolling down the road and the gutter, blown by the cold, grey wind and bouncing on the window ledges; birds skitter past in flashes of dark wings and the cold seeps in, a shadow of winter still lingering around, despite odd moments of sun, not quite ready to depart; and the pile-driver continues its pounding, pounding, ruining the day with its intrusion, its destruction; the two tall metal towers poking through the trees like dinosaurs, their machine heads oblivious to the life they disturb, relentless. The cats have finally settled, they shut out the day, curling into themselves in their sleepy, warm places, losing themselves to their own inner world, turning their backs on the grey, grizzly day and abandoning to the dreamscape; I feel like doing the same but things have to be done. The hail eases into slanting rain, the clouds have consumed all blue, all brightness, the sky hangs a sea of grey and the chill rain blows around the streets chasing every being to seek shelter.

The soft rain whispers on the glass, mesmerising and all around me words and images wait, breathing into the room, their urgency to become. That’s who we are, what we do, create; imagination is our life force and it is more powerful than we realize.

We’re not alone, however much it might feel so, in those dark moments; we connect, we reach each other. That’s what creating can do, reach someone else; in different ways we all find inspiration and solace in recognizing someone else understands, ‘gets it’; how many times have we read a book, a poem, listened to a song, looked at a piece of art and got that shiver down the spine, through the spirit, for this realization someone else has felt as we do, thought something we have thought, seen what we have seen and expressed it; captured so beautifully a feeling, a time, an experience, a memory, an idea, that reaches out to us through time, space and into our now, our being and lifts us into something bigger than all the bullshittery. That’s what matters.

So I sat at my laptop to supposedly ‘work’ but it turned into something else; a ramble of a post that just unspooled itself, but that’s okay, there’s always time, my words and images are patient, they’ve had to be, but I’ve promised them it’s time, they will have their chance. The publishing journey waits and they jostle for attention, alongside all those who have inspired me and keep me company, meanwhile the trees endure, the blossom dances, the birds rise and fall in the joy of flight, playing in the wind, the cats twitch in their lost dreams and the something waits, creeping closer and it’s up to us how we choose to navigate this new unfolding reality, it’s a choice, between love and fear, between truth and illusion. We each make that choice, it’s an individual journey and we withdraw out of all the chaotic distraction and into our own quiet strength and know; know who we are and what is our path.

‘Enlightenment is a destructive process. It has nothing to do with becoming better or being happier. Enlightenment is the crumbling away of untruth. It’s seeing through the facade of pretence and the complete eradication of everything we imagined to be true.’          – Adyashanti

Blame It on Love

Channeling the multiverse of ideas

is losing its patience.

Dig Out Your Soul

THE RISING OF CONSCIOUSNESS

Philessatry
There's an Elephant in the Room blog

Thoughts about veganism. Promoting an end to the use and the property status of members of nonhuman species.

Sudden solitude in a crowded desert (From T.S. Eliot's: The Family Reunion)

more than waffles and chocolate

Musings and books from a grunty overthinker

Energy healing for animals in Worcestershire

The art of designing your life

Blame It on Love

Channeling the multiverse of ideas

is losing its patience.

Dig Out Your Soul

THE RISING OF CONSCIOUSNESS

Philessatry
There's an Elephant in the Room blog

Thoughts about veganism. Promoting an end to the use and the property status of members of nonhuman species.